CandyKisses:  Kurdistan Region announces the suspension of work for five days on the occasion of Nowruz

{Local: Al Furat News} The Kurdistan Regional Government announced today, Wednesday, the suspension of official working hours throughout the region for a period of five days, on the occasion of the Nowruz celebrations.

Kurdistan Regional Government spokesman Jotiar Adel said, in a brief statement, that on the occasion of Nowruz National Day, work will be suspended from Sunday, corresponding to the twentieth of the current month of March, to Thursday, corresponding to the twenty-fourth of this month, in the departments and institutions of the regional government..

Nowruz is considered the first day of the new Kurdish year of the sun, and the ninth day of March according to the Greek calendar or the twenty-first day of March in the Western calendar, the day on which night is equal with day. The Kurdish people have celebrated this day for thousands of years and consider it a national and national holiday.

A number of countries in the Middle East celebrate Nowruz, such as Iran, Afghanistan and Pakistan, and eastern European countries such as Tajikistan and Uzbekistan.

Tishwash:  Announcing the imminent opening of the largest hotel in Iraq after Al-Rasheed

The Mayor of Ramadi District, Anbar Governorate, Ibrahim Al-Janabi, announced on Thursday the imminent opening of the largest hotel in Iraq after the Al-Rasheed Hotel.

Al-Janabi said in a statement to the “Information” agency that “the next few days will witness the opening of Iraq’s largest hotel after the Al-Rasheed Hotel on the banks of the Euphrates River in the city of Ramadi, after the completion of more than 90% of the hotel’s work, which was designed according to the latest international designs.”

He added that “the cost of the project is 150 billion dinars, and its area is about 30 acres, and it consists of 13 floors and is the highest hotel designed in Iraq. The local government being the implementing agency for the project.”

He explained, “The opening of the hotel coincided with the imminent reception of many delegations of local, Arab and international investment companies that expressed their agreement to obtain investment opportunities in Anbar,” noting that “the project is one of the most important giant projects accomplished by the local government in light of the critical economic situation that The country is passing through.” Finished  link

The country could go cashless as early as 2024, according to some estimates.

(LifeSiteNews) – Australia is rapidly abandoning physical currency and predicted to become a “cashless society” within a few years, according to experts.

In New South Wales, over 200 suburbs have no way to obtain cash in their area, according to news.com.au, and 300 lack a bank store.

The shift to digital, experts said, will leave the country effectively cashless by 2031 or earlier.

Professor Robert Breunig of Australia National University told news.com.au last fall that COVID-19 sped up the move to online banking, which will help authorities monitor and tax payments more easily. “People often avoid tax by doing cash type jobs and if there is no cash under the table, then it’ll be easier to actually follow transactions,” Breunig said.

In a survey of experts conducted by Finder last year, 89 percent said they believed that COVID has hastened the demise of cash. Fifty-six percent said that physical currency would likely disappear in Australia within 10 years, though that could as early as 2024, according to some estimates.

“Cash has already been pushed to the edges of our economy, and cash-only businesses are few and far between. Expect them to get even rarer,” said Graham Cooke, head of consumer research for Finder. “Finder predicted a cashless society in Australia by 2036 a few years back and now even that timeline may be too far away.”

The push for readily traceable digital payments has long been backed by the liberal global elite.

Bill Gates has hailed the development of virtual currencies, saying at a recent cryptocurrency forum that they “can lower the cost of a range of transactions by as much as 90 percent, providing nearly universal access to innovative financial products and services.”

In Klaus Schwab’s book, COVID-19: The Great Reset, the head of the World Economic Forum contemplated the rise of a worldwide digital currency. Communist China, Schwab observed, “is years ahead of the rest of the world in developing a digital currency combined with powerful electronic payment platforms.”

And in an article last year, the International Monetary Fund (IMF) proposed a system of social credit scoring like China’s that would determine credit eligibility based on internet search history.

The U.S. Federal Reserve announced in January that it will open debate about whether the U.S. should adopt a central bank digital currency, mirroring similar efforts in the U.K. and E.U.

KMan:  It was going to happen sooner or later. Iraq….Stop dragging your feet and get your government in place already. 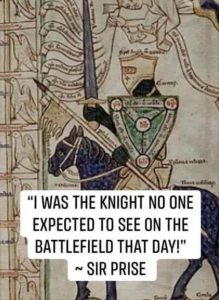 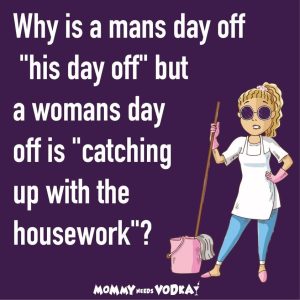